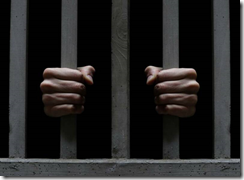 Many of you will be familiar with our popular series of blog posts and White Paper on the Data Zoo which explores a number of generic behaviours people exhibit towards data.

This post explores the effects on data behaviours when people are put into different teams (cages).

The various data behaviours explored in the Data Zoo (such as the Data Squirrel, Data Anarchist and Data Evangelist) typically have a range of positive and negative aspects. However, some, such as the Not Bovvered actually have no positive attributes!

We have suggested that you try to put people in teams where the positive aspects of these data behaviours are an asset to the work of the team and that you should try to discourage the negative aspects.

Most individuals work as part of one or more teams which can be formal hierarchical teams, project based teams or virtual teams in a matrix management situation.

The nature of a team can vary greatly from groups of similarly skilled employees undertaking similar tasks (such as call centre operations) to groups where the specialist skills of each member is required to accomplish an overall goal (for example, a team in an operating theatre). Data is typically a key input and output of such team activities.

Social identity theory suggests that people have an innate need to feel that they belong to a group. This desire to fit in with the norms of a group means that individuals will tend to adopt the attitudes, behaviours and practices of the group. Individual group members who are not seen to conform to these practices may be ostracised or suffer informal sanctions from other group members. So therefore, the positive aspects of someone’s data behaviours may become suppressed.

By being part of a team, a person may become deindividualised if they perceive that it is harder to identify their actions and work outputs which can result in lower levels of productivity and compliance. Therefore, the negative aspects of their data behaviours are believed to be less serious.

Being a member of a successful team can increase an individual’s motivation and performance. However, if the general behaviour and attitudes of a team are poor, then moving an individual who has good data behaviours and attitude into such a group is unlikely to result in positive changes to overall group attitudes, it is more likely that this individual will acquire the practices and behaviours of the group.

If a ‘good’ individual tries to change the behaviours of a team from within, then it is possible that they will suffer from ‘”rage in the data cage”.

How have you seen this situation manifest itself?

2 thoughts on “Rage in the data cage”