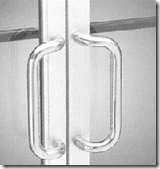 I recently attended and presented at the PLM10 conference in Bremen. One of the other attendees, Professor Chris McMahon of Bath University, suggested that affordance was an additional quality attribute that should be considered when assessing data quality.

I had not heard of this term before, so have done a little research to find out more.

The term “affordance” was invented by perceptual psychologist J. J. Gibson (1977, 1979) to refer to the actionable properties between
the world and an actor (a person or animal).

OK, so what does that mean in plain English? The concept of affordance originally referred to all “action possibilities” possible in an environment. Subsequently, Donald Norman refined this to cover those action possibilities that are readily perceivable to a person. In other words the design and form of an object “suggests” how it may be interacted with.

This concept explains how we are able to interact effectively with objects that we have never encountered before. For example, even though we may never have passed through a particular door in a strange city, if the door has a flat metal plate on it, we will attempt to push the door open. Conversely if the door has a curved metal bar for a handle, we will attempt to pull the door open. The handle will actually make you want to pull it.

Similarly, if you were to encounter the object on the right on the wall of an unfamiliar room – based upon prior experience you could deduce that it was likely to be a light switch and that pressing on the bottom of the switch would turn the lights on (or off).

Designers of products and systems need to recognise not only the affordance of their design, but also the constraints within which the design will operate. For example:

A well designed application will use make use of logical and cultural constraints to inform the user how to interact with the application. For example, if you are required to click on a piece of text to interact with an application, making the text bold and surrounding it with a grey area using shadow to suggest a 3D button gives you the clues to click on the text. Similarly, a magnifying glass on screen suggests that clicking on it will enlarge something (similar to a physical magnifying glass). Conversely, MS Word 2007 providing a slider with “–” at one end and “+” at the other, could be used to change loudspeaker volume, screen brightness or processor speed! In this case if you had never encountered Word before, you would not be aware of the affordance of the zoom functionality.

There are two excellent posts that are worth reading to learn more about affordance used in application and web design:

Hopefully, that should all be logical as far as applications go, so how does affordance apply to data?

In most cases, users will be working in an organisation where there will be prior knowledge of the data and the uses that it can be put to. There have been two notable recent examples where affordance of data can be demonstrated:

What is the affordance level of your data?

3 thoughts on “The affordance of data and applications”