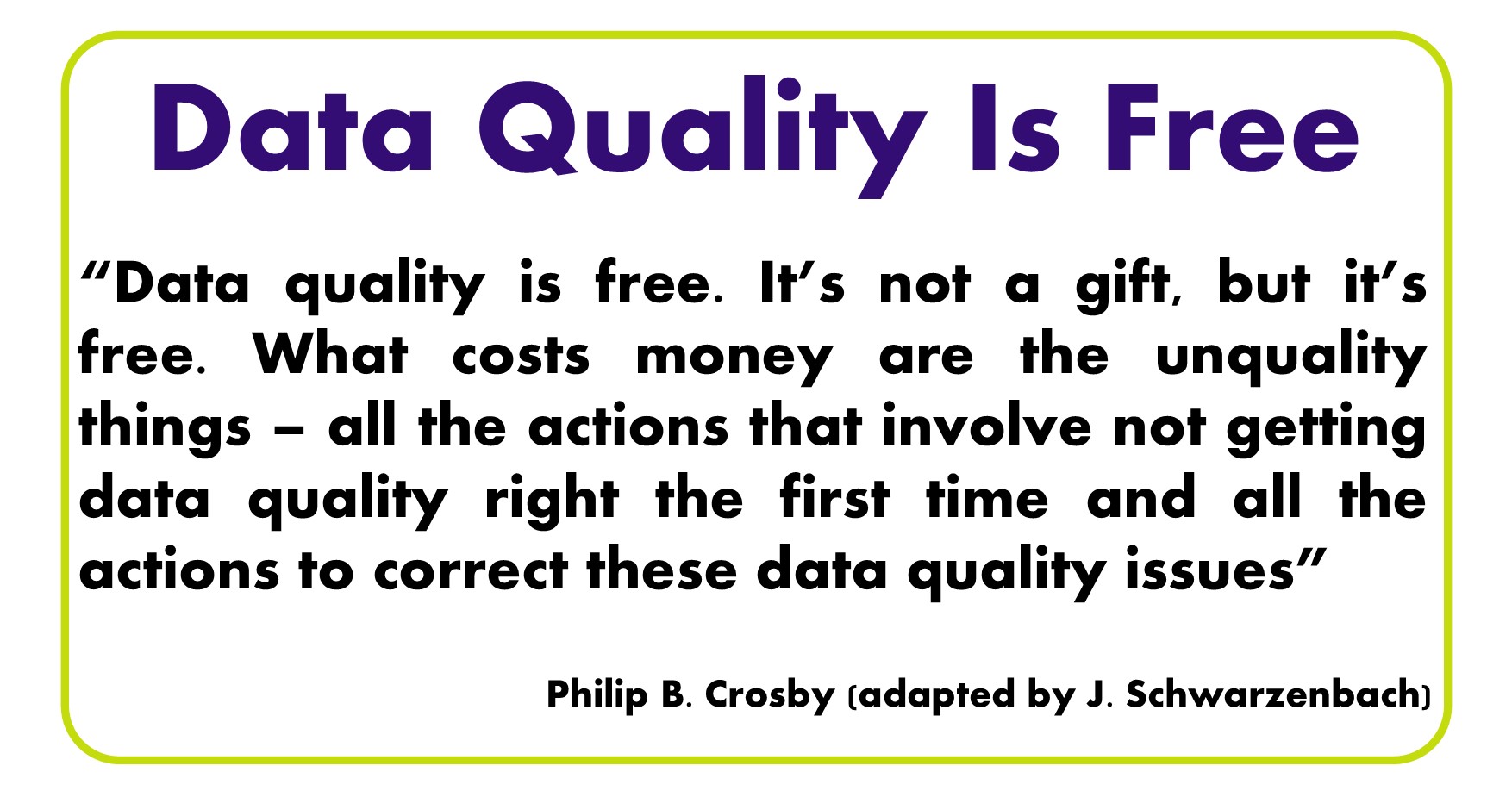 Typically, if we can improve the quality of data, then we will have better information to support decision making. Better decisions will lead to better outcomes/results and will in turn be likely to have better quality data arising from them. As the diagram illustrates, this becomes a virtuous circle where better data ultimately leads to better business results.

For most medium and large organisations, the effective management of data and systems can present significant challenges. Organisations may be unaware that their poor data and bad practices leads to inefficiencies and problems and are, therefore, an avoidable cost to an organisation. Data can, in many circumstances, outlive the software that stores it and the processes and users that created it.

So, what are the benefits of improving data quality?

The quotation above illustrates that the benefits of improving your data quality will be the removal of unnecessary costs arising from poor data. Better quality data can additionally present organisations with new areas to exploit.

Poor data quality can have negative implications (financial, reputational, and other) that are sometimes highly significant. Examples include:

The above examples all provide examples of the consequences of poor data quality. Most organisations will also have their own examples. Therefore, the benefits of improving data quality should be the removal of these negative impacts.