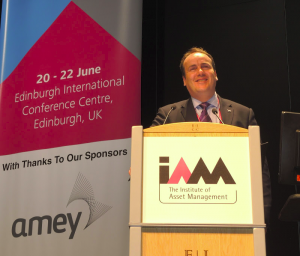 I have been to a few asset related conferences recently. The contrasts between two of them were quite striking, so I thought this might be a good place to discuss them….

In June, the IAM held their Annual Conference in Edinburgh – a three day event with lots of presentations, seminars, workshops and networking. This was an excellent opportunity to find out how the world of asset management is maturing. Some of the key messages were:

So overall, the conference demonstrated increasing awareness, alignment and maturity.

A week or so later, I went to a sector specific conference, focused on Highways that provided an illuminating alternate view. Overall, the level of maturity in asset management and the key messages were quite different:

Overall, this demonstrated that highways asset management appears to be continuing to follow a different road to other sectors, which raises a number of questions: