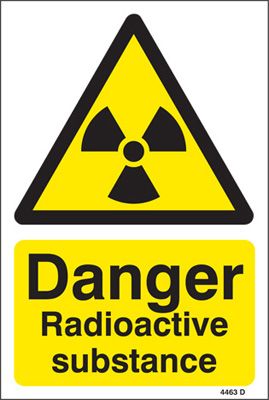 A number of our posts and those of others, such as the excellent post by Jim Harris – “Predictably poor data quality” on the Dataflux Community of Experts site are exploring the concept of “behavioural data quality” – or people as part of the data quality problem.

A common concern is that people sometimes don’t treat data as if it matters, unless there is a direct impact on them. Building on the this area and our previous post “Would you allow this?” made me wonder what would happen if data were made of gold and radioactive?

As regular readers of our blog will know, we have made a number of posts illustrating the ways in which user behaviours can degrade data quality (The Data Zoo, Would you allow this?, How tasty is your data quality cheese?“). These all illustrate different aspects of user behaviours regarding data. In this post, we will take a hypothetical look at how people might treat data if it were easily recognised as valuable and also that there are clear personal consequences for misuse.

Please note, I am not a nuclear engineer, so some of these concepts may not match scientific theory. Here we are using the idea of a level of radioactivity which will be recognised by all as causing long term harm but not immediate death!

Firstly, if all data was radioactive gold, when engaged in data collection activities, people would want to gather as much data as possible (due to its value), but not more than is required by the organisation (due to its radioactivity). People would also want to ensure that they passed the data on to data stewards for long term storage as soon as possible to avoid the effects to them of radioactive exposure.

Secondly, due to the radioactivity of the data, people would ensure that all the data was put into suitable, lead-lined data storage facilities. Again, due to the radioactivity, people would not be tempted to hang on to data in their own personal data stores, they would want to be sure that the data was safely looked after. Similarly, the design of data storage facilities would ensure that all data was safelystored with suitable containment facilities and logging of what data is stored where.

When engaged in data exploitation activities, people would recognise the value of the gold data that they had, so would be keen to maximise the benefits gained from it. At the same time, they would recognise the risks caused by the radioactivity and use the minimum amount of data required to solve a particular problem. Similarly, people would be keen to return data to safe storage as soon as they had finished with it.

Data protection and data security problems would be less likely due to the problems of radioactive data stored on laptops and USB data sticks causing a health hazard and due to the value of this data,  so there would be fewer sensitive data sticks left on trains etc.

Due to the value of the data, when engaged in data enhancement activities, people would recognise the value of their gold data and would be keen to seek more ways to derive value from this data. Once this extra value had been obtained, they would want to ensure that the data was put safely back in storage as soon as possible.

When considering data disposal, organisations would be far more interested in disposing of data that no longer provided benefit (due to the high costs of storage) so there is less likely to be large volumes of redundant data left in storage. Similarly, it would be more likely that there would be correct and careful disposal of redundant data to prevent any future health issues.

Admittedly, this is an exagerated fictional scenario, but it does hopfully make people consider how the majority of data users would treat data if it was more readily understood to be of value and that there would be personal consequences for mis-use.

Our challenge as data professionals is to seek to get people to treat data as if it had the value of gold and the health risks of a radioactive substance. How do we sell such a message?