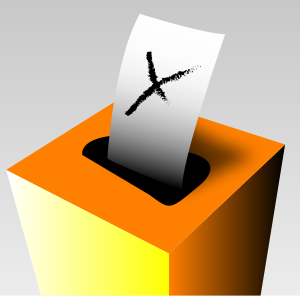 As I write this post, the UK is in the middle of campaigning for the 2010 General Election. One feature of this election campaign has been the first televised debates between the leaders of the three main parties. The first of these debates has stirred up the campaign significantly as Nick Clegg, the Liberal Democrat leader, by most accounts won the debate. This was an unexpected outcome as the Lib Dems have been the third party for many years.

This blog post is not a political post, but considers how winning may be assessed, particularly in a business context.

As the campaign has progressed, it has been fascinating to compare how each party and the different media outlets have treated both the debates and the overall campaign. Each party consistently claims that they are winning (no surprises there!). Many of the newspapers have a historic bias to either Labour or the Conservatives, most of these  have claimed their favoured party won the debate and that Nick Clegg was present for the debate. The main news channels appear to have been more balanced in their reporting. We will only know who the winner is following the election on the 6th May.

This made me think about definitions of success in business, particularly relating to business change projects. These can be similar to the election campaigning process mentioned above in that differing parties will be claiming success or failure based upon different characteristics:

It is not unknown for there to be very different views about the success, or otherwise, of a project. Sometimes it is only after more time has passed and stakeholders are able to reflect more widely about the impact of a project that there is agreement on the success of a project.

In order to avoid such debate and uncertainty, organisations should develop a set of success criteria very early in the life of the project, preferably at feasibility stage. This could be based on the MoSCoW Method, which should also be adopted during requirements gathering, in order to determine what Must be delivered, what Should be delivered and what Could be delivered. These could then be used as success criteria, for example:

If these criteria are agreed early in the life of a project and assess and published at the end of the project, then all will have a clearer view of the overall success of a project.

How have you managed to ensure that there is a clear and consistent view of whether a project has been successful?